On April 27, 2019, Lucine was the guest speaker at the Kirikian Armenian School’s Annual Armenian Genocide Commemoration held at St. Thomas Church in Tenafly, NJ. Her presentation was called “How you can Commemorate April 24 every day of the year.”

On March 9, 2019, Lucine spoke to the Khrimian Lyceum Students at the Armenian Diocese of New York. Her presentation was called “Five Things Armenian Millennials Can Invent That Will Define Them as Our Emerging Leaders.”

On March 8, 2019, Lucine’s political cartoons were exhibited at the All-ASA and Hamazkayin Artee Society’s annual “Artivism” exhibit in Los Angeles.

On April 14, 2018, Lucine gave a talk to the Siamanto Academy Students at the Hovnanian School of New Jersey called “Siamanto Students Then, Now and Later.”

On Aug. 19, 2017, Lucine’s political cartoons were among works of art exhibited in Burbank, CA at the Annual Art Show of the Armenian Youth Federation. Proceeds benefitted the “With Our Soldiers” fund.

On May 6, 2017, Lucine spoke about “The Armenian Writer and the Armenian Reality” at a panel discussion, “Responsibility, Commitment, Action,” hosted by the Hamazkayin Armenian Cultural Association in New York City. An excerpt from her talk can be seen here (advance to 33:50 mark): https://www.youtube.com/watch?v=FBsG4kwdSjg&feature=youtu.be

August 2, 2016: Lucine gave a presentation about Armenia and performed live storytelling for the One World Program at the Mary Baker Eddy Library in Boston, MA.

May 18, 2015: Lucine addressed an all-school assembly at the Cambridge School of Weston, MA. Her slide presentation was called “Perspectives from Exile.”

March 18 to April 25, 2015, Lowell, MA: Lucine’s editorial cartoons about the Armenian Genocide appeared in the “Pursuing Justice Through Art” group show at the Whistler House Museum of Art.

March 27, 2015, Ridgefield, NJ: Lucine gave a talk as part of the Sts. Vartanantz Armenian Apostolic Church Lenten Lecture Series called “2015: Where have we come; where are we going?” in honor of the Armenian Genocide Centenary.

April 2, 2013, Watertown, MA: Lucine and Wilda Williams, Senior Book Review Editor at Library Journal, will be “In Conversation” at the Armenian Library and Museum of America in commemoration of International Children’s Book Day.

May 2012, Hudson, NY: Lucine performed a live reading and signed copies of The Greedy Sparrow at the Hudson Children’s Book Festival.

Oct. 2011, Rhinebeck, NY: Lucine signed copies of The Greedy Sparrow at the Author’s Pavilion at the Sheep & Wool Festival.

Oct. 2011, Bayside, N.Y: In observance of Armenian Literary Month, the Holy Martyrs Armenian Day School (HMADS) PTA and students invited the community to an afternoon with author Lucine Kasbarian. She discussed “How Armenian cultural immersion was the catalyst for my new book, The Greedy Sparrow: An Armenian Tale.”

More information about events, bookstore appearances and school visits to come…check back soon. 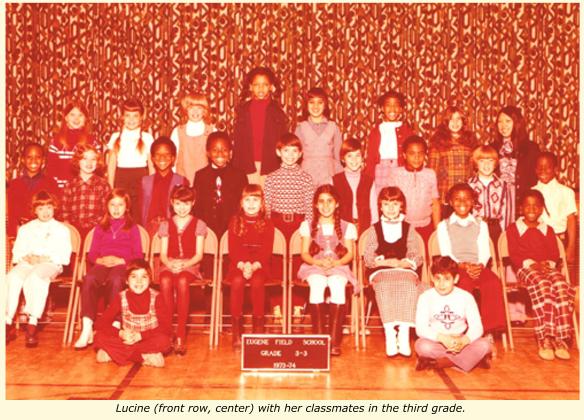